Based on important synchronicities watches have been issued for events to occur at esoteric day count intervals past 11/11/15. The most prominent interval that has thus far been evident is the 11 day interval.

Here are the dates and events that are associated with esoteric intervals before and after 11/11/15. (Note all dates can be +- a day due to time zone differences.)

North Korea issued a decree to ready their nuclear weapons for use!

LA, TX flooding.
Iran launches 2 missiles with “Isreal must be wiped out” written on them.

This day is being heralded as the day that the civil war started in America. Take a look at these headlines.

It is hard to determine how long the pattern(s) will continue, below are dates in the future that are being watched.

Watch ye therefore, and pray always, that ye may be accounted worthy to escape all these things that shall come to pass, and to stand before the Son of man. Lk 21:36

Therefore let us not sleep, as do others; but let us watch and be sober. 1 Thes 5:6

A prudent man foreseeth the evil, and hideth himself: but the simple pass on, and are punished. Prov 22:3

The major events of the end times are approaching fast; have you prepared? I have written a book to help you prepare for the end times. Please accept my gift to you and download a FREE copy of The Coming Epiphany.

Do you know what you must do to be saved? Read a short message entitled God’s Gift of Salvation.

Note: The information above consists of data that warrants the issuing of a watch for an event(s) to occur on a day in the future. Some watches that have been posted have come to pass, some have not. Thus you need to understand that the event(s) may or may not occur. This is only a “watch” not a prediction.
Posted by William Frederick, M. Div. at 7:48 PM 5 comments:

Events have been occurring at esoteric intervals before and past 11/11/15. The most prominent interval has been at multiples of 11. The latest event was the Brussels terror attacks on 3/22/16, which was 132 (11 x 12) days past 11/11/15. My thoughts and prayers are with those affected by this tragedy. Here is a list of some of the events that have been occurring.
3 Years before: 11/11/12
Myanmar Earthquake
2 Years before: 11/11/13
Typhoon Haiyan
200 days before: 4/25/15
Nepal earthquake
120 days before: 7/14/15
The Iran deal
40 days before: 10/2/15
Umpqua College shootings
South Carolina Flooding
The pivotal day: 11/11/15
2 days after: 11/13/15
The Paris attacks
11 days after: 11/22/15
New Orleans mass shooting
Worldwide ISIS attack thwarted
22 days after: 12/3/15
San Bernardino shooting
Fake Air Marshall attack thwarted
Historic covenant between Israel’s Rabbis and the Pope
33 days after: 12/14/15
L.A. Schools shut down over terrorist bomb scare
44 days after: 12/25/15 (date encoded on dollar bill)
China establishes the AIIB
Pope called for the dividing of Israel
9th USA Christmas full moon 88 days from the last blood moon
Queen reported as saying “this will be our last Christmas”
55 days after: 1/5/16
North Korean nuclear H bomb test
De facto uniting of the world’s religions by the Pope
63 days after: 1/13/16 (11.3 on Jewish calendar and Economist cover)
10 Navy personnel captured and released by Iran
Strait of Hormuz temporarily shut down
65 days after: 1/15/16 (11.5 on Jewish calendar and Economist cover)
Burkina Faso terrorist attack
66 days after: 1/16/16
Iran sanctions lifted
77 days after: 1/27/16
Oregon Standoff—Lavoy Finnicum killed
Several important Israel Events
88 days after: 2/7/16
North Korean Rocket Launch
Super Bowl half time ritual
Large meteor explodes over Atlantic Ocean
91 days after: 2/10/16 (13 Weeks)
18 day WW3 warning
94 days after: 2/13/16 (94 = 2x47, and day #44 of 2016 with 322 days left)
Supreme Court Justice Scalia died
99 days after: 2/18/16
Israel attacked Syria
Possible behind the scenes event
110 days after: 2/29/16
Delta force begins attacks in Iraq
Syrian ceasefire broken
111 days after: 3/1/16 (40 days past Jonas)
Worldwide military exercises begin
Key economic indicators show major stock market downturn imminent
113 days after: 3/3/16 (40 days past Jonas)
North Korea issued a decree to ready their nuclear weapons for use!
Shortly after 11/11/15 watches were posted at the The End Times Forecaster blog for events to occur. Here is a recent watch posted for 3/22/16.
The next watch day is:
3/22/16: 132 days past 11/11/15.
132 = 11 x 12.
In Jewish history in 11 BC Herod’s Temple was dedicated. On the evening of 3/22 the fast of Esther begins, followed by Purim, which begins on the evening of 3/23/16.
3/22/16 is also 88 days past the Christmas full moon that had many interesting 88 synchronicities associated with it.
President Obama is scheduled to be in Cuba that day—the first president to visit Cuba in 88 years.
It is the Whitehouse Water Summit. On March 22, 2016, in conjunction with the United Nations World Water Day, the Administration will host a White House Water Summit…
In history the Georgia Guide Stones were dedicated on 3/22/80, thus it will be its 36th anniversary this year. 3/22 was also the day that the healthcare law was signed.
Source: The 11/11 Chronicles: Days 117 to 121.
Thus it looks as if the events at esoteric intervals past 11/11/15 are continuing, and the day is not over, more “events” could still come today. Another more important warning for a major event to occur on 6/6/16 has been issued by the ETF. The event on this day may involve a monumental event(s) associated with the coming false Messiah.
Here is the BIN article for this 6/6/16 warning; Beware of the False Messiah! A Once in the History of the World Event is About to Occur!
Posted by William Frederick, M. Div. at 11:31 AM 7 comments: 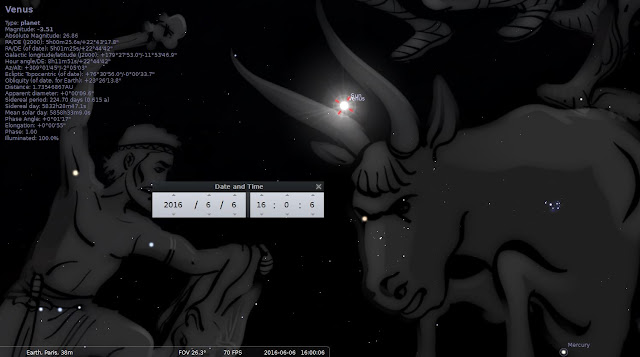