Hurt my back, have been laying around on the couch for 3 days, been to the Chiro 3x, starting to improve, your prayers appreciated.

Also someone very close to me has been told to get the needle or they are fired, again your prayers are appreciated.

P.S. I have not had much time to post recently.

Planet X; Is it Almost Here? 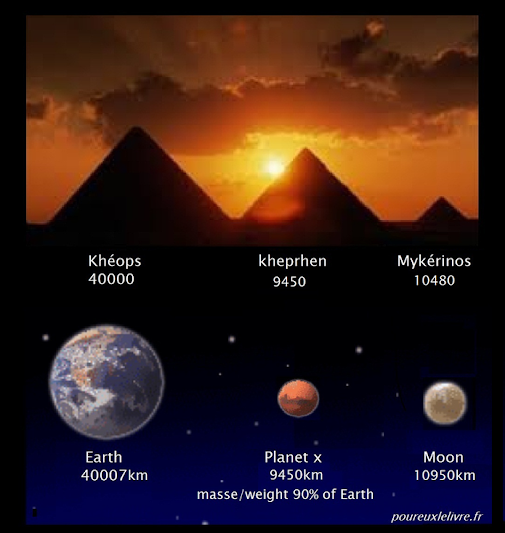 Ran across an interesting Planet X/Nibiru tidbit the other day at the Big the One; here is the pertinent info.

…where the gentleman with the nickname Filosofur writes today the following:

2) Record temperatures around the world – even traditionally cold circumpolar areas like Alaska and Yakutia are now on fire.

3) Incomprehensible huge magnetic signature behind the Sun, it is about 8 times larger than the Earth.

4) NASA removes 4 to 8 hours of footage when the magnetic field lines reverse.

5) All solar and not only astronomical observatories are closed due to the coronavirus.

6) The solar wind falling on Earth at a speed of 1.3 million miles per hour, but not from the side facing the sun, but from the opposite.

7) The Stereo B satellite behind the Sun has been disabled since the pandemic was declared. This satellite has never been turned off since launch.

8) The pressure of plasma in near-Earth space on ISWA maps is simply incredible.

9) Weakening of the magnetic field and amplification of the South Atlantic anomaly.

10) The lunar line of the terminator shifts by 180 degrees every 12 hours. This means that the Earth's axis is unusually tilted.

What do Planet X and the rapture have to do with each other, and why 2022? First let me show you where I see a Planet X passage in scripture.

12 And I beheld when he had opened the sixth seal, and, lo, there was a great earthquake; and the sun became black as sackcloth of hair, and the moon became as blood;

13 And the stars of heaven fell unto the earth, even as a fig tree casteth her untimely figs, when she is shaken of a mighty wind.

14 And the heaven departed as a scroll when it is rolled together; and every mountain and island were moved out of their places. Rev 6

If you study the Planet X literature you will see that what is theorized to occur at a Planet X passage matches very closely with what is described as happening in the Revelation 6 passage.

And how is this related to the rapture? Scripture makes it very clear that the rapture follows the opening of Seal 6. Let me show you that fact. First let’s establish the fact that the rapture is part of the Day of the Lord event, or, the Day of Christ event, as the verses below clearly indicate.

17 Then we which are alive and remain shall be caught up together with them in the clouds, to meet the Lord in the air: and so shall we ever be with the Lord.

18 Wherefore comfort one another with these words.

1 But of the times and the seasons, brethren, ye have no need that I write unto you.

2 For yourselves know perfectly that the day of the Lord so cometh as a thief in the night. 1 Thes 4,5

1 Now we beseech you, brethren, by the coming of our Lord Jesus Christ, and by our gathering together unto him,

2 That ye be not soon shaken in mind, or be troubled, neither by spirit, nor by word, nor by letter as from us, as that the day of Christ is at hand. 2 Thes 2

20 The sun shall be turned into darkness, and the moon into blood, before the great and notable day of the Lord come: Acts 2

The sun is darkened and the moon is turned to blood at the opening of Seal 6.

12 And I beheld when he had opened the sixth seal, and, lo, there was a great earthquake; and the sun became black as sackcloth of hair, and the moon became as blood; Rev 6

16 And said to the mountains and rocks, Fall on us, and hide us from the face of him that sitteth on the throne, and from the wrath of the Lamb:

17 For the great day of his wrath is come; and who shall be able to stand? Rev 6

Thus when Planet X shows up, it is rapture time! Now what does 2022 have to do with all of this? A man by the name of Jean Seimple has done extensive research on the Pyramid of Giza complex and has concluded that the Giza complex is a “planetarium” of sorts and points to the arrival of Planet X.

His conclusion from the data that he has analyzed is that Planet X will show up sometime in 2022 and draws attention to the Summer Solstice Orion sign as a confirmation of his theory. 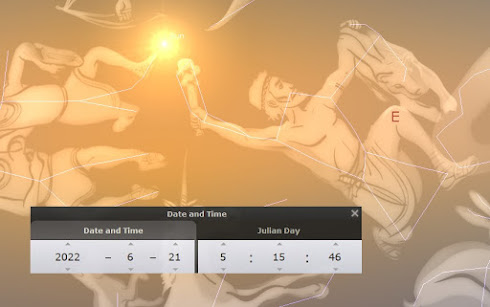 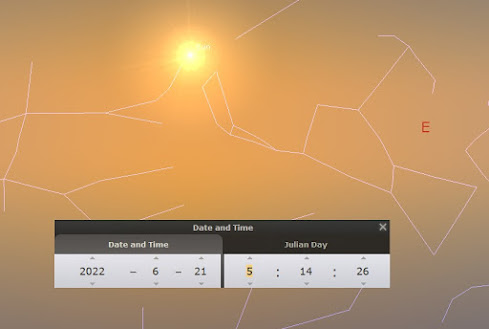