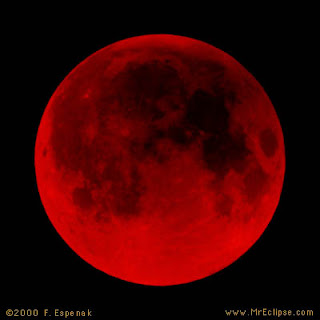 Did you know that the rapture will not occur until after the sixth seal is opened? This may be different from what you have been told all of your life, but it is a conclusion from scripture that I can easily show you is true. In 1 Thes 4:15 – 5:2 we read;
15 For this we say unto you by the word of the Lord, that we which are alive and remain unto the coming of the Lord shall not prevent them which are asleep.
16 For the Lord himself shall descend from heaven with a shout, with the voice of the archangel, and with the trump of God: and the dead in Christ shall rise first:
17 Then we which are alive and remain shall be caught up together with them in the clouds, to meet the Lord in the air: and so shall we ever be with the Lord.
18 Wherefore comfort one another with these words.
1 But of the times and the seasons, brethren, ye have no need that I write unto you.
2 For yourselves know perfectly that the day of the Lord so cometh as a thief in the night.
In this passage God the Holy Spirit speaking through the apostle Paul is teaching the Thessalonians about the rapture and calls the event “the day of the Lord.”

Fact: The day of the Lord is when the rapture occurs.

In Acts 2:20 we read “The sun shall moon shall be turned into darkness, and the moon into blood, before that great and notable day of the Lord come."

Fact: The day of the Lord occurs after the moon is turned to blood.

The moon is turned to blood after the sixth seal is opened as described in Revelation 6:12. “And I beheld when he had opened the sixth seal, and, lo, there was a great earthquake; and the sun became black as sackcloth of hair, and the moon became as blood"

Fact: The moon is turned to blood after the sixth seal is opened.
Let’s put all the facts together in chronological order to see the conclusion.

Fact: The moon is turned to blood after the sixth seal is opened.

Fact: The day of the Lord occurs after the moon is turned to blood.

Fact: The day of the Lord is when the rapture occurs.


This is also the time at which God’s wrath begins. It is that simple; the rapture occurs after the sixth seal is opened. Remember “the truth shall set you free.” By the way the sixth seal is opened during the persecution of the antichrist, which begins after the abomination of desolation at the midpoint of the last 7 years. That places the rapture at an unknown time between the midpoint and the end of the last 7 years. For an in depth study of the end times read the FREE prophecy book; The Coming Epiphany.
Posted by William Frederick, M. Div. at 10:41 AM