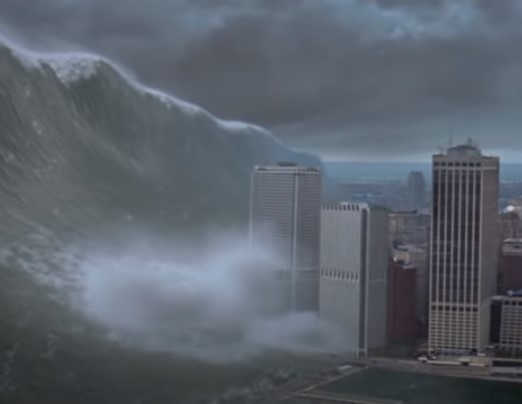 My Dream: I found myself and my wife floating in the water, the waves were a little rough but not too bad, then all of a sudden I saw a huge tsunami wave appear. I said to my wife as I hugged her something like; “we’ll be in heaven soon” or “looks like it is time for us to go to heaven.”

Then as I was watching the wave as it grew taller and taller and was getting ready to crash on us, it miraculously dissipated to nothing—it was like it evaporated into a mist. I looked up the coast and it looked as if it did not dissipate but had struck the land. I also saw a rock pile that resembled a rock pile that I used to go fishing on as a kid in Wildwood, NJ.

After the tsunami I found myself at a store and the price of food had gone up—2 chickens cost $58.

I had another very vivid dream where I saw an Atlantic Ocean Tsunami hit New Jersey.

I had another dream where I saw newspaper headlines of a meteor impact in the Atlantic Ocean.

I had another dream that involved ionized helium.

I googled ionized helium and La Palma and this was the top result.

An Atlantic  tsunami is depicted on United States money. 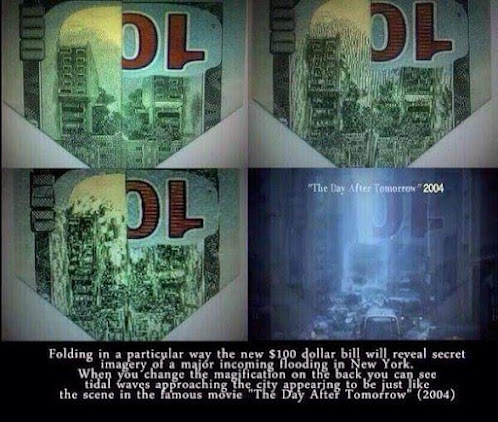 An Atlantic Ocean tsunami, along with other apocalyptic events, is depicted at St John’s cathedral in New York City. 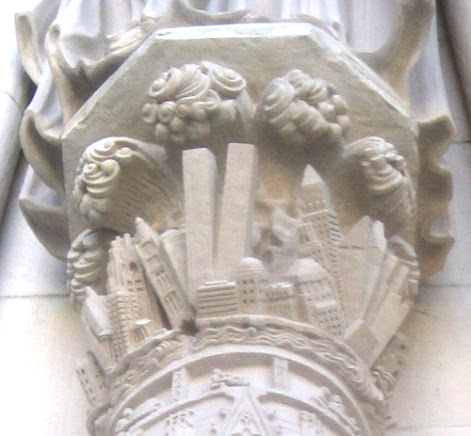 I believe an Atlantic Ocean tsunami is depicted on the Washington, DC seal. 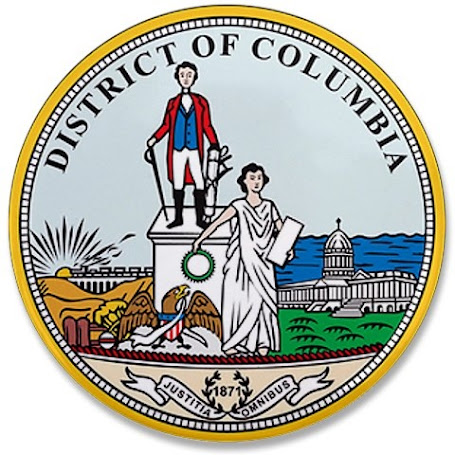 I believe an Atlantic Ocean Seismic event is depicted in the movie Planes which in turn could produce a tsunami. 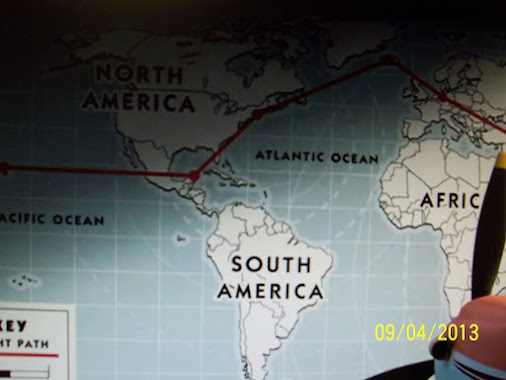 A mysterious video was released that had the words “231134421 Be Ready, Run Away, Sector NY Water.” Many, including myself, believe this was an illuminati warning regarding an Atlantic Ocean tsunami. And here is a hypothesis for its date.

So, like I said, I think that the Atlantic Ocean tsunami is coming, but the question remains as to when.  In light of end times Bible prophecy there are several possible times that a large tsunami could occur. Trumpet 2 describes a mountain burning with fire slamming into the ocean and destroying many ships. The destruction of the ships suggests a huge tsunami. This tsunami is part of God’s wrath and will occur after the midpoint and after the rapture.

Another possible occurrence of a tsunami in end times Bible prophecy would be as a result of the great earthquake at the Sixth Seal.

And I beheld when he had opened the sixth seal, and, lo, there was a great earthquake; and the sun became black as sackcloth of hair, and the moon became as blood; Rev 6:12.

The Sixth Seal will be opened after the Seal 5 persecution of Jews and Christians at the hand of the antichrist—after the midpoint. As proved in The Coming Epiphany the rapture immediately follows the opening of the Sixth Seal.

The only other place in end times Bible Prophecy that I see the possibility of a tsunami is the general sorrows that precede the rapture as described in Luke 21.

25 And there shall be signs in the sun, and in the moon, and in the stars; and upon the earth distress of nations, with perplexity; the sea and the waves roaring;

26 Men's hearts failing them for fear, and for looking after those things which are coming on the earth: for the powers of heaven shall be shaken.

27 And then shall they see the Son of man coming in a cloud with power and great glory.

28 And when these things begin to come to pass, then look up, and lift up your heads; for your redemption draweth nigh.

We are clearly told that the fearful events described here occur just before the rapture and since the rapture occurs after Seal six, these events would be intermingled with the first five seals. Since the tsunami is on USA money, and USA money has events encoded on it detailing the major events of the destruction of the old world order, it stands to reason that the coming tsunami depicted on the $100 bill will be part of this plan also. Thus I believe that at least one coming Atlantic Ocean tsunami will most likely be part of the Luke 21 fearful events that occur before the rapture.

As far as the exact date—I do not know. (Note: a few years ago I had a dream about a buck that talked to me about the global coastal event. It was a 21 point buck) In the past strong judgments have come to nations when they take further steps in gross sin and or take destructive actions against Israel. Thus a tsunami judgment of this magnitude could occur in relation to major sinful activities by our nation such as betraying Israel, further desecrating the marriage institution, and killing of innocents including vaxxine mandates that are killing and injuring many.

I believe at least one and possibly more Atlantic Ocean tsunamis are coming, when I do not know. I believe it will be part of the judgment against our land for our many sins. I pray that many would repent and turn to the Lord for forgiveness—being washed by the blood of the lamb. Our only refuge is in the Lord.