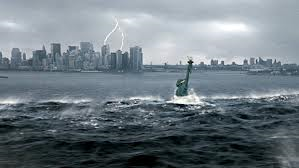 In the early morning hours—about 4 AM on 3/5/14—I had a dream of a tsunami. The dream started with me watching the ocean—I was looking for a tsunami to occur. Then I saw it far away coming toward the shore. I started yelling to everyone that a tsunami was coming and I started running up the stairs of a building or hotel to get up to “higher ground.”
From the vantage point of the upper floors I saw the tsunami come rolling in and at that point I was glad that I was able to warn people, who had heeded my warnings, and also that we were saved from the tsunami.
The next thing I saw, was when I was leaving the hotel, there was a makeshift car lot selling Ford Explorers. The sign read something like “Salvaged Explorers for .” I saw their windows part way open as if they were still drying out.
Then I started traveling down the street with my family—some of us were on a bicycle and some of us were walking. I saw a road that was partially covered with mud about a foot or two thick that showed signs that a bull dozer had been there cleaning the street, but had not finished the job yet.
Then I saw a road numbered 72 and had the thought that this road would get us home. We started proceeding down this road and a parade was forming and you had to register to be a part of it—I skipped the registration and just kept going as I did not want to participate in the parade. The parade may have been a national holiday parade of some sort like Memorial day, Flag day, or a Fourth of July Parade. End of dream.
Upon waking up for the day I went to the computer and searched route 72, for at that point I was not aware that such a road even existed. The first 2 roads that came up in the search were in and . I live in and discovered that I lived near DE Rt 72 for part of my life, and it was near that road that I was saved 34 years ago.
The Rt. 72 in , which is not the same road in , leads right to and has its terminus point about 1 block from the . In thinking back I remember being on that road about 30 years ago for the purpose of attending a couple of fall retreats at Harvey Cedars Bible camp. But have not been there since, and forgot that was the road I would take to enter and exit the island in coming from and going to my home. http://en.wikipedia.org/wiki/New_Jersey_Route_72 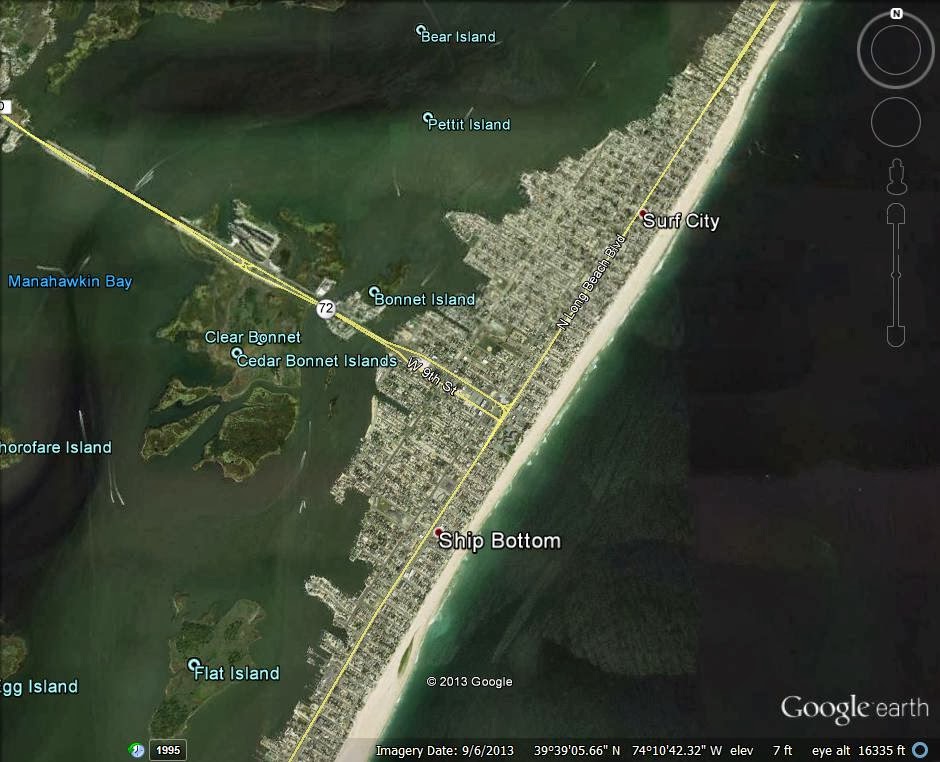 I believe this is the third dream that I have had regarding an destruction. The first involved a tropical island being destroyed (Dreams of a Paradise Lost), the second involved seeing the headlines of an Atlantic meteor impact (Atlantic Meteor Impact Dream), and now this is the third one. I believe it is highly possible, almost probable, that these three dreams are all foretelling the same event—an Atlantic tsunami brought about by a meteor strike.
If that is the case, the only thing I can say to the timing is that in the first dream the destruction occurred after a man from was frantic and panicked. So this may indicate this event will follow a disastrous event in OKC. The only other clue to timing is the holiday parade, which occurred after the tsunami.
After looking up Route 72, I sat down for my daily prayer and Bible time and I randomly opened my Bible to Ez 31. This passage stood out to me. “Thus says the Lord God, “On the day when it went down to Sheol I caused lamentations; I closed the deep over it…” Ez 31:15. The passage in Ezekiel is talking about destruction brought to after the fall of —that may be another hint as to the timing of this event. I also find it interesting that President Obama has been characterized as a Pharaoh.
So that is all that I can tell you at this point. If you have anything to add, please comment below. BTW; some believe comet Linear has the potential to give us some trouble in May.
Posted by William Frederick, M. Div. at 10:31 PM

A rare annular—ring of fire— solar eclipse will occur over Africa, the Middle East, India, and China on June 21, 2020—the summer sol... 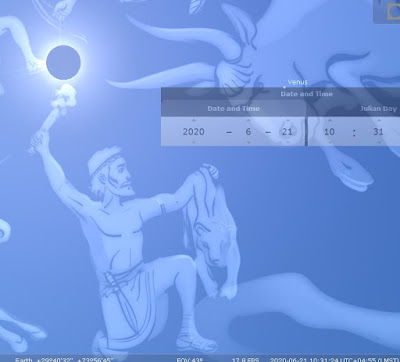