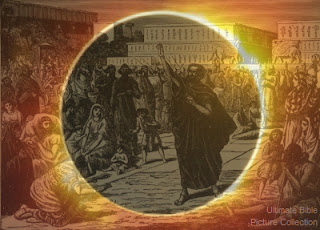 As forecast a terrible judgment has fallen upon the USA, not on day 40 but the day after day 40--"yet 40 days.." Post forthcoming
Here is the post; Las Vegas Mass Shooting; The 40 Day Judgment Has Fallen Just As The Eclipse Foretold

Data has presented itself to warrant the issuing of a prophecy watch for 9/29-30/2017—the Day of Atonement. After investigating the synchronicities associated with the August 21, 2017 eclipse I was convinced that the eclipse was a Jonah type warning for the USA—REPENT AMERICA REPENT!
From the post; The Great American Eclipse Of 2017; Yet ? Days And America Will Be Overthrown! Posted 8/7/2017.
The data also suggests that this eclipse is a harbinger of major judgments to come. It is possible that the judgments may begin on the day of the eclipse or it may follow afterward at Prophecy Watch; Beware Of The Day of Atonement, 9/29-30/2017—Yet 40 Days…
esoteric intervals of time. For example we may see judgments 21 days past, which is 9/11/2017, 40 days past, which is 9/30/2017, or 93 days past, which is 11/22/17. (Note: you can draw a line 1122 NM long from Nineveh IN to Yellowstone.)
From the post; The Great American Eclipse; Beware Solar Saros 145! Posted 8/19/2017.
The measure of our wicked behavior is growing by the minute—judgment must come—judgment will come. This eclipse is screaming judgment is coming! America, turn from your wickedness before it is too late.
America has not repented and since that time several major judgments have fallen upon the USA and or its territories in the form of 3 major Hurricanes; Hurricane Harvey, Hurricane Irma, and Hurricane Maria. Lest we repent, there are more judgments coming and the data is indicating that one may fall on 9/29-30/2017. Here is the data.
1. The eclipse had many associations with Jonah and his message of repentance. One of the most famous sayings from the Jonah story is “yet 40 days and judgment cometh.” 9/29-30/2017 is 40 days past the eclipse.
2. The Day of Atonement is on 9/29-30/2017. In Hebrew tradition Rosh Hashanah began a 10 day period in which one was to repent of their sins it also marks the end of the 40 day period known as the season of Teshuvah/repentance. If repentance was not brought forth their fate was sealed and judgment would follow.
3. According to Rabbi Judah Ben Samuel the 10th Jubilee ends on 9/29-30/2017 and here is what I wrote about this;
But that is still not the end of the matter. The Rabbi also prophesied that during the 10th Jubilee Jerusalem would be under the control of the Jews and the Messianic "end times" would begin. The 10th Jubilee began in 1967 and will be concluded in 2017. http://www.injesus.com/index.php?module=message&task=view&MID=ZB007HAL&GroupID=2A004N9G&print=1


6. Michael from Proof of God blog has had some very interesting experiences with numbers that he believes point to 9/29-30/2017 as a day of destruction for the USA.
33, The Vision and Date of America's End.
7. Hurricane Maria, which devastated several U.S. territories is  now sitting off the coast of North Carolina. At present it is forecast to move a little more northward and then veer out to sea. The I Pet Goat II film may have signaled a nuclear detonation after Hurricane Maria is winding down.
Hurricane Maria in I Pet Goat II; Nuclear Destruction To Follow!?.
That is the data; will 9/29-30/2017 be the proverbial “yet 40 days and judgment cometh?” Will it be the day that another judgment falls upon the USA for our many sins? I do not know when judgment will come, I am not a prophet, I do not say “thus saith the Lord,” but I do know that judgment is coming and when it does it will not be pleasant for the USA.
Why does God allow judgment to fall? One reason is to convict people of their sin against Him and others so that they realize the error of their ways and turn to Him to be saved. Along those lines take a look at this missionary communication I received today from Puerto Rico—please pray for them.
Dear Prayer Partners,
Our family is doing fine. STOP. church miraculously is okay. STOP. our house has only minor damage... lots of flooding. STOP. It’s been 3 weeks since Hurricane Irma glanced a blow to our region and a week since Hurricane Maria directly struck Puerto Rico. STOP. All ability to communicate has been down. STOP. Rumor of signal existing along a highway far from our home which is how this is being sent. STOP.  Reports of total destruction throughout PR and at least 10 dead.  STOP.  No electricity and most without running water.  STOP.  Rumors that it could take 4-6 months before we all receive electricity and life returns to normal. STOP.  Long lines at every gas station, grocery stores, banks.  STOP.  10 hours in line for $10 of gas.  STOP.  Curfew at sundown being enforced indefinitely. STOP. A man was killed for his container of gasoline.  STOP. Report of 1,000 marines arriving to help this eastern region.  STOP. Many businesses destroyed and many have lost employment.  STOP.  No flights in or out so our coworker is stuck in the states. STOP. Exhausted but thrilled to be helping others.  STOP.  Gospel being shared, witnessing opportunities.  STOP. Neighbors want to visit the church for the first time. STOP. Neighbor behind us wants to study the Bible with us.  STOP.  More details to come when communication options improve. STOP. Many pictures to come.  STOP. Thank you for your prayers! STOP. Actually please don’t stop praying :).
When judgment falls people turn back to God. Did you get a feel for what the people of Puerto Rico are faced with. I believe we will see this scenario come to America. Will America repent? Are you prepared?
Watch ye therefore, and pray always, that ye may be accounted worthy to escape all these things that shall come to pass, and to stand before the Son of man. Luke 21:36
The end times are knocking on the door and so is Jesus. He wants to save you, will you let him in? Find out what you must do to be saved here.

Update: 9/29. See comments to understand the significance of this coat of arms. 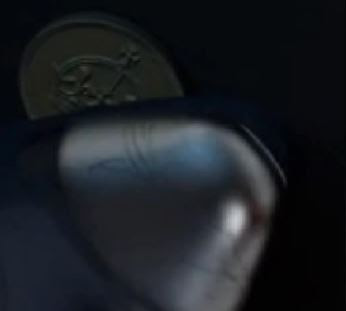 “I Talked With the Messiah” Updated

“I talked with the messiah,” that is the claim being made by a prominent Rabbi in Israel according to Breaking Israel News . Rabbi Zis... 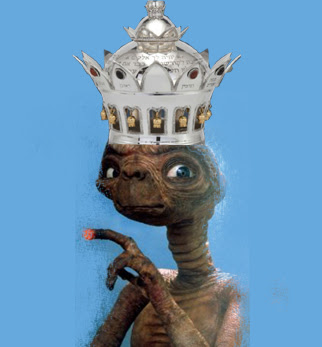