July 4th, 2015 and the Declaration of Repentance 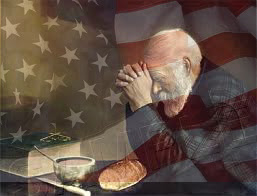 Two years ago I put up a post entitled The Declaration of Repentance. I am reposting it here and then am going to bring some matters to your attention regarding July 4-5, 2015.

...I think it is entirely possible that some wall of national security was breached today – Tammuz 9. With reports of Isis just over our very porous southern border this is far more likely than it is far-fetched. And, on Tammuz 17 (July 4) while the nation is reveling in its new freedom from the bonds of traditional marriage – while people are eating and drinking, marrying and giving in marriage –  we may well feel the pain of that breach in ways we may have never once thought possible – until 9/11.
She has a lot more to say—I recommend reading the whole post. http://cindybythesea.com/2015/06/27/breaching-the-wall/
The FBI warning;
The Department of Homeland Security (DHS) and the Federal Bureau of Investigation (FBI) issued a bulletin to U.S. law enforcement agencies and educational institutions Friday warning of a potential terror attack or series of attacks inside the U.S. on Independence Day.
http://www.dcclothesline.com/2015/06/28/officials-warn-of-possible-terror-attacks-this-july-4th-in-u-s/


…Let me mention on other item that came to my mind; The Economist cover, which has already proven to contain predictive information. I wrote about one aspect regarding it in the post; The Van-Rensburg Prophecies; Russia and the British Betrayal of the USA. Here is some of what I wrote;


…”Because England fears a Russian bomb attack, they connive in secret with the Russians. They betray Western military secrets to Russia and sign treaties with Russia against the USA”…


I just remembered the 2015 economist magazine cover—it has a British guitar smashing into an American drum set with the numbers 50th on it. 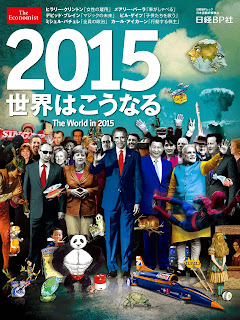 Notice that directly behind the drum set is Putin. 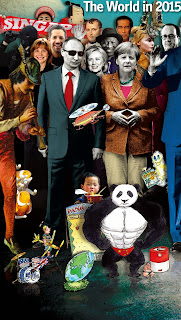 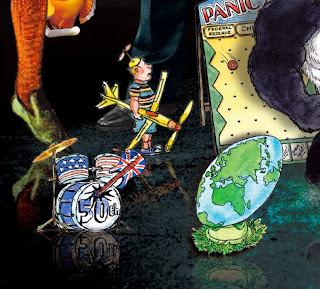 What does this say to me; British action against America with Putin behind it. Could be an event related to a celebration day, music, and a 50th anniversary. I did a search for what 50th anniversaries there are in 2015. Here is some of what came up.


In light of the Van-Rensburg prophecies, I would say that this part of the Economist magazine takes on a new meaning.
Notice in the economist close-up, the plane is on its side just as Nathan saw it in his dream and as also happened to the Flight 191 on 5/25/1979. The 50th drum being smashed is just below this plane. The Grateful Dead 50 year event is in Chicago at Soldier Field from July 3-5.


Look at the boy holding the plane, he is wearing a Propeller Beanie, which were invented in 1947—interesting date—and some as advertised were “perfect for 4th of July and hot weather.” These beanies also had nuclear bomb associations. Here is some commentary from a message board regarding this.


It is interesting that the beanie hat has a history of being associated with the atomic bomb and even a cereal called, Chocolate Frosted Sugar Bombs. With the mushroom cloud in the picture, crop duster featured above the Chinese boy and the pied piper, is it really a coincidence that the child has this hat on? It's almost suggestive that China gets bombed, but maybe us. Notice Hillary her eyes are featured blue (even though she is in black and white) and she is looking at the Pied Piper. Her hand is above Putin’s head. Not only is the Piper’s flute directly over Putin’s hand, but Putin’s finger is pointing towards the American boy with a beanie on. Did you notice that there are two people that are from history: Winston Churchill and Napoleon. Winston is in black and white and Napoleon is in color. Winston Churchill is holding up his famous “V” sign and right above that is the US ‘rocket’ with a mushroom cloud. That is a victory sign. http://www.timebomb2000.com/vb/showthread.php?462061-The-Economist-2015-Cover-is-Filled-With-Cryptic-Symbols-and-Dire-Predictions&p=5513218


Notice also the boy is dressed in shorts—summer. The boy is looking directly at the words “Federal Reserve” and “Panic.” As mentioned above the Federal Reserve is right across the street from the CBOT.


So will there be another 911 type event and if so will it be in Chicago? I do not know but in light of all of the information above, especially Nathan’s dream, I would say that it is highly probable that an event will occur, where, I do not know. Now the next question is, if there is going to be such an event, when might it occur?


Here are a few dates to watch for…


7/5/2015—50 year anniversary dates and day of astronomical significance, as you will see below. It is also the day the golden calf was destroyed, and begins the 3 weeks of commemorating the 9th of Av destruction of the Temple.


That is the data; I do not know if anything will happen on July 4-5, 2015 but I know from scripture and history, that when a nation is at odds with God and refuses to repent, the devil asks and is sometimes given permission to bring calamities upon a nation—think 911 number one.


America we must repent! The stench of our sins has reached unto heaven. We have crossed many “red lines;” The killing of the innocents, the destruction of the traditional family, the mistreatment of Israel, the blatant witchcraft, the sexual perversions, the raw sewage flowing out of the cesspool of Hollywood, on and on the list goes. America we are in bondage to sin and deserve judgment! We are shaking our fist in God’s face and we have experienced God’s judgments, will continue to receive judgments, and they will get worse, lest we repent.


What are some of the judgments that I and others foresee will befall America in the near future, lest we repent? Riots, collapse of the dollar, fires, droughts, floods, food shortages, severe earthquakes, more severe “natural” disasters, cosmic catastrophes, tsunamis, terrorist actions, pandemics, and nuclear attacks.


Is this what you want America? It is not what I and many others in this land want, we do not want to see people suffer and die. It is not too late, I believe these judgments can be turned away from us, if we repent.
Have you read The Coming Epiphany yet?


Do you know what you must do to be saved?

I Found the Cure for COVID-19!

Yep that is right I found the cure for Covid-19, here it is. 13 If I shut up heaven that there be no rain, or if I command the locu... 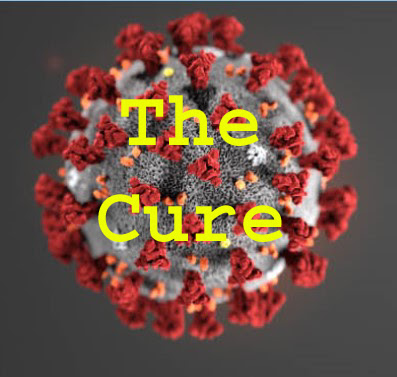