The student exclaimed, “Oh! I get it!” I have taught mathematics for many years, and sometimes, after explaining a new concept, a few just don’t quite get it. When that happens I usually try explaining the concept another way, and many times I have heard them say, “Oh! I get it!” When somebody finally gets it, that is what is known as an epiphany. Here is the formal dictionary definition of an epiphany.[1]

A sudden manifestation or perception of the essential nature or meaning of something.

An intuitive grasp of reality through something (as an event), usually simple and striking.

One of the central themes of this book concerns the explanation of the epiphany that is coming to all mankind. It will happen on a day when men cry out with the sudden perception of the essential nature or meaning of Christ. It will happen on a day when they will gain a grasp of reality through a very special prophetic event. The reality that they will be awakened to will cause their hearts to melt in terror. This event is known in the Bible as the Day of the Lord, and it will follow several signs that will be given to let all the world know that the day is approaching.

The epiphany that will come upon mankind at the Day of the Lord will be part of a larger series of events that will occur during the seven-year end-times period known as the 70th Week of Daniel or, as some call it, the “tribulation.” This period constitutes the last seven years on earth before Jesus Christ returns and establishes His millennial reign. The most incredible series of events yet experienced on the earth will take place during the 70th Week. These events will span seven years of 360 days (based on the ancient Jewish “prophetic” year), for a total of 2,520 days. Some of these events will be so cataclysmic that men will try to hide themselves in crevices of the earth, their hearts will fail, and they will cry out for fear.

The reason that the Day of the Lord is so cataclysmic is that it is a period of time in which God pours out His wrath upon the world. This event culminates with the Lord Jesus Christ’s return to earth to rule and reign over the whole world. In the first few chapters this book will focus in on the event known as the Day of the Lord. As you will see the Day of the Lord, as outlined by scripture, has profound theological implications. Specifically we will examine what will occur before, during, and after that Day. We will also examine several related aspects associated with the Day of the Lord such as America in Bible prophecy, the coming world kingdom—the New World Order, the antichrist, the prophetic implications of the feasts of the Lord, a chronology of the sixty nine and seventy weeks, and give practical spiritual applications to these essential prophetic truths.

We will begin our discussion of prophetic truths by first establishing a framework of prophetic principles. The first piece in the framework is to define or examine the essential nature of the Day of the Lord.

Major Prophecy Alert: You Must Hear This! Is he the One?

This is probably the most important series of videos that I have ever posted. If you have the same reaction as I did, you are about to h... 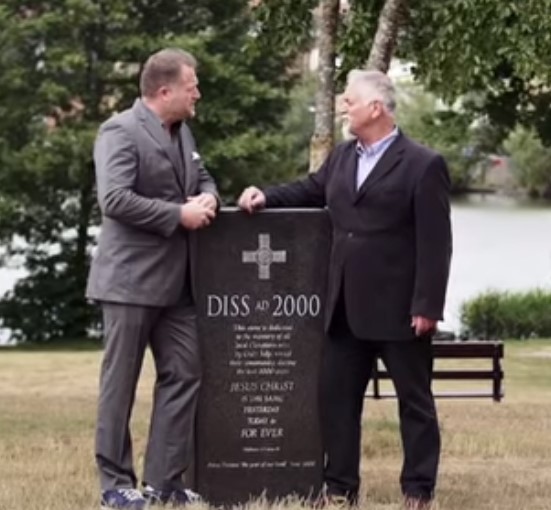